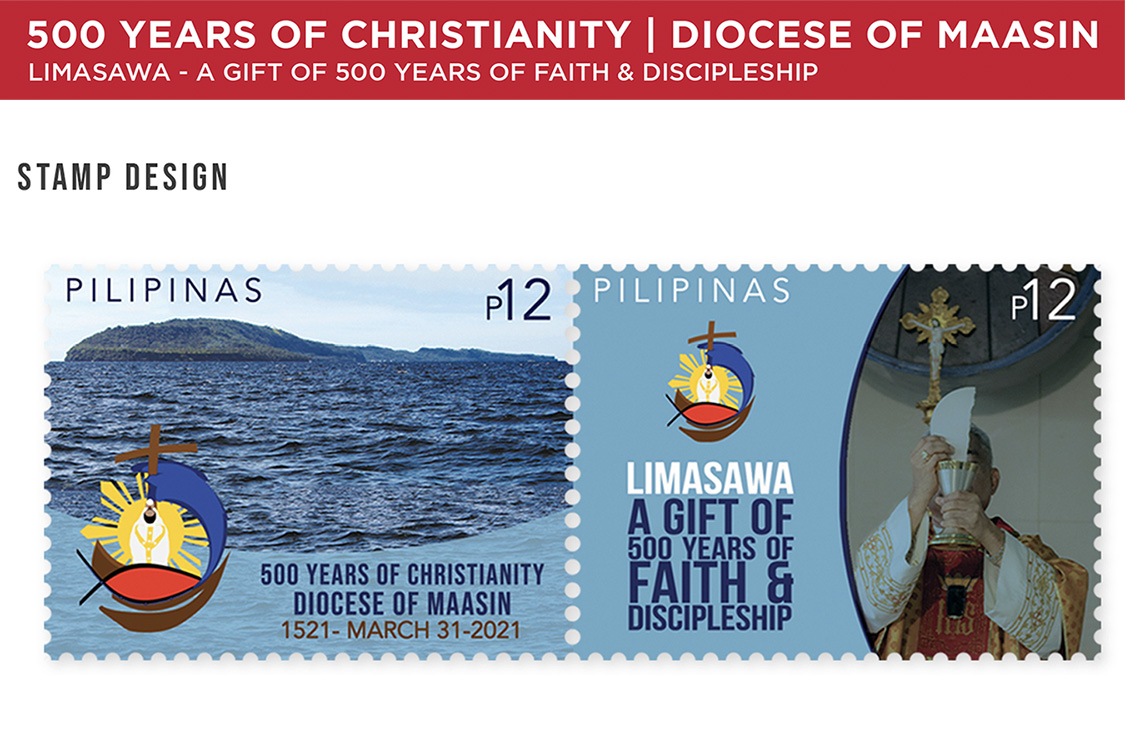 The Philippine Postal Corp. (PHLPost) on Monday issued commemorative stamps to mark the quincentennial of the First Easter Mass in the Philippines.

PHLPost released the stamps ahead of the celebration in Limasawa Island in Southern Leyte province on March 31.

The other stamp has the inscription “Limasawa – A Gift of 500 Years of Faith & Discipleship”, which bears the image of a priest upholding the Eucharist. 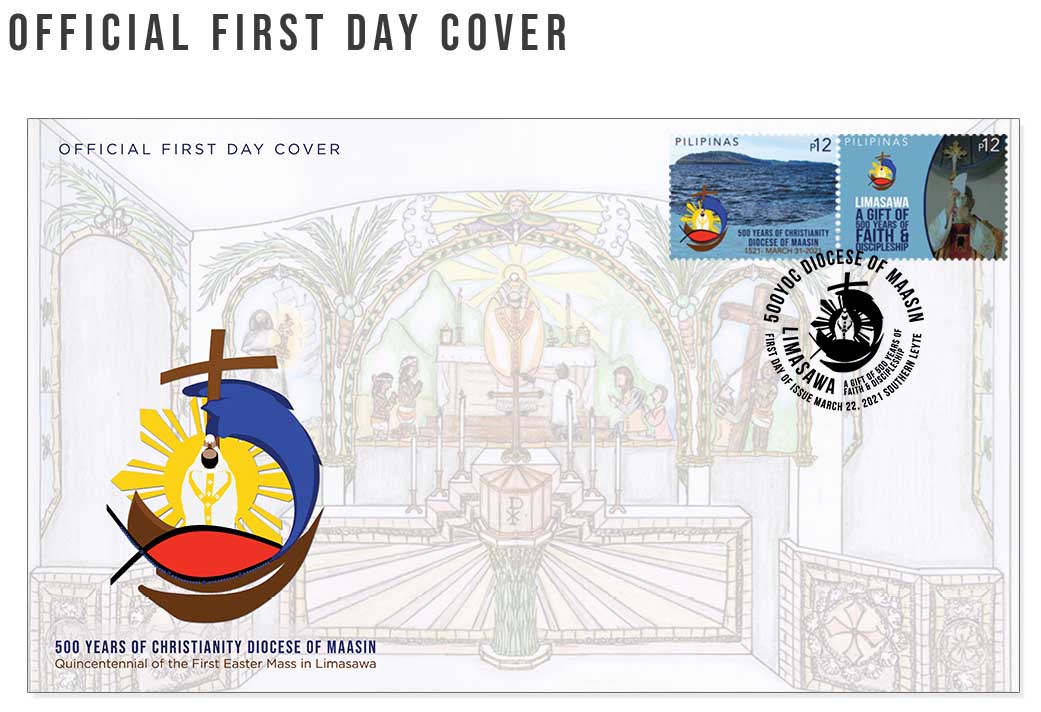 The logo features a priest raising the Holy Eucharist, which is the core of these commemorations for the Catholic Church.

On the official first day cover, the logo is set on a retablo of the First Easter Mass at the Shrine of the Holy Cross and First Mass in Limasawa’s Triana village.

The commemorative stamps and official first day covers will be available at the Philatelic Counter, Manila Central Post Office, and all Mega Manila Post Offices.