‘Where it all began’: Filipinos in Spain celebrate 500 years of Christianity 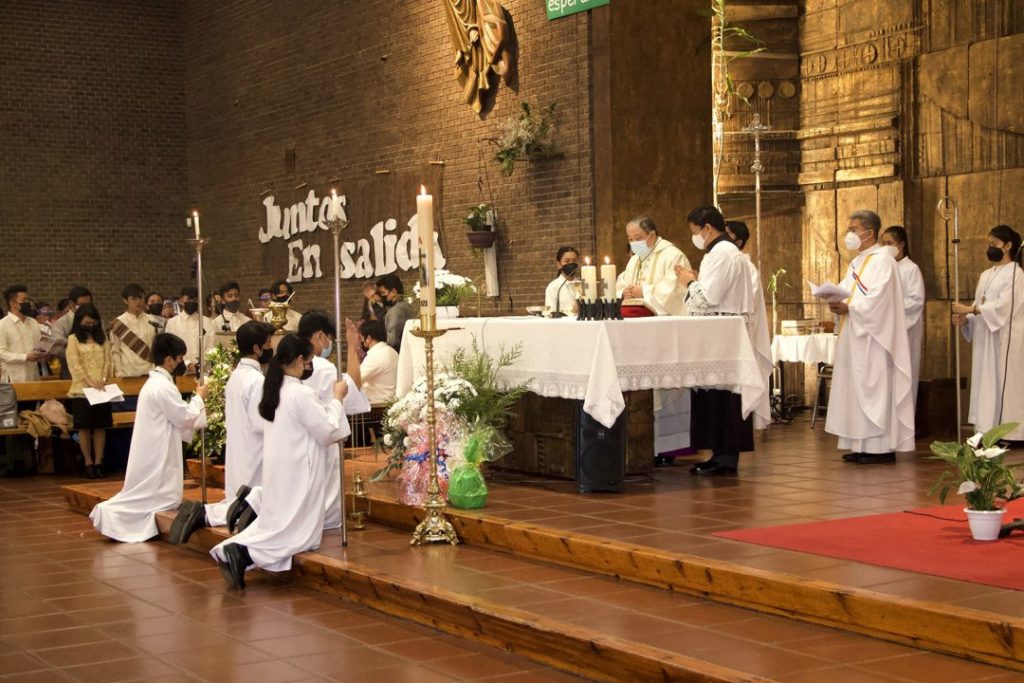 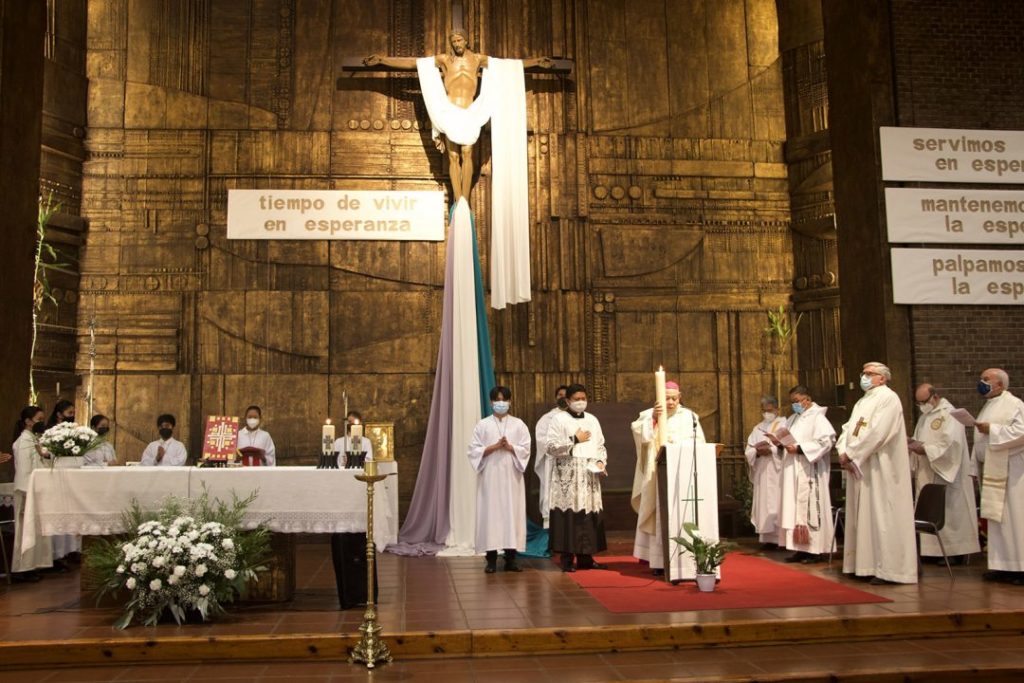 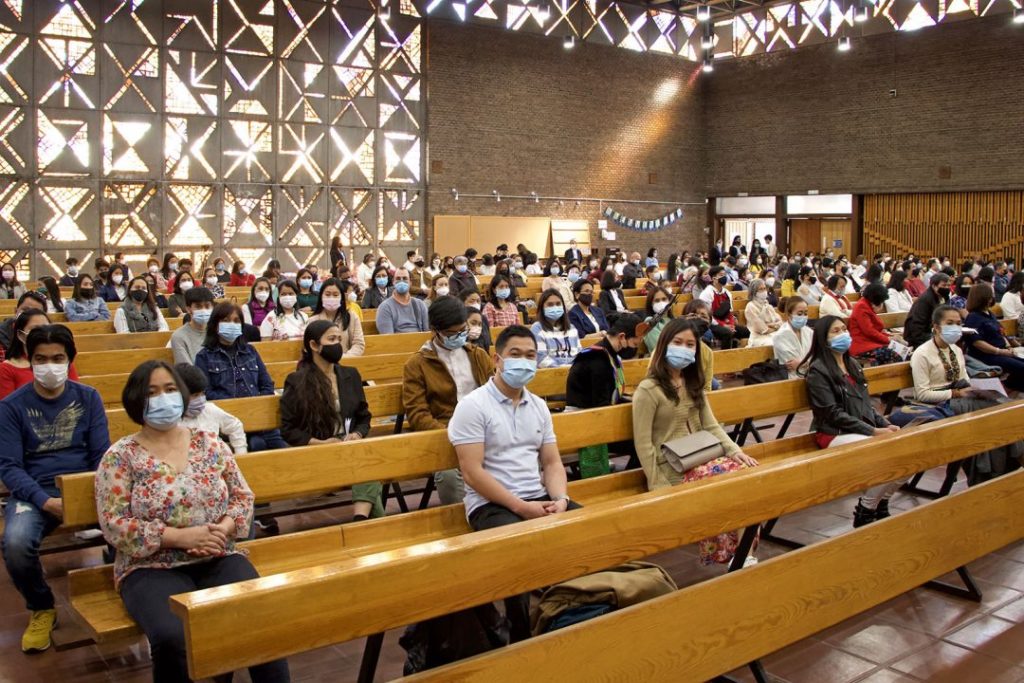 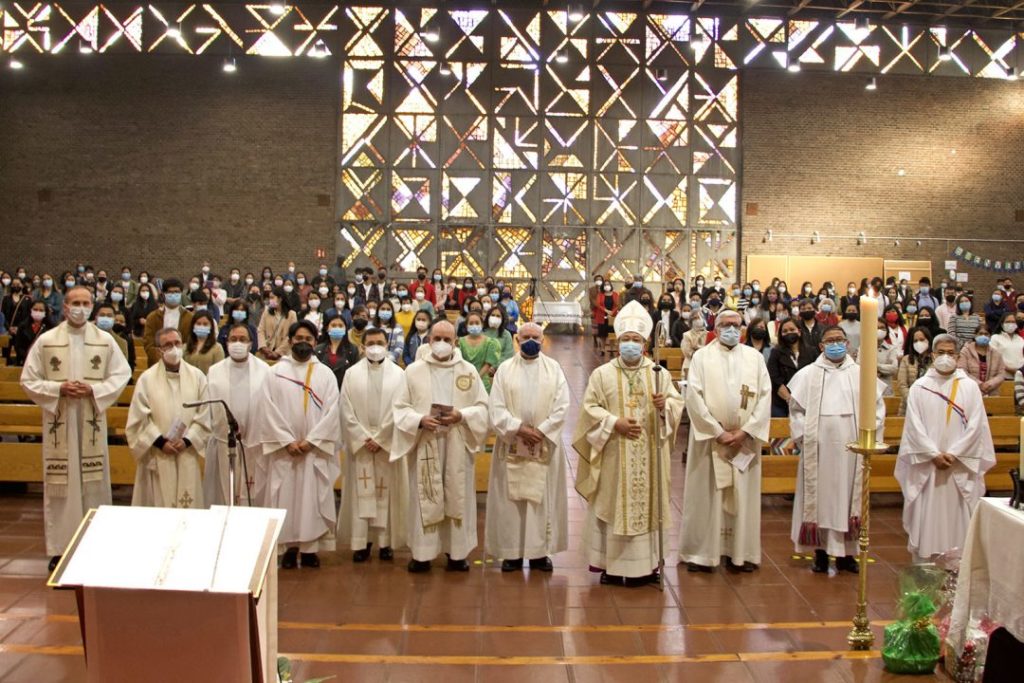 Archbishop Bernardito Auza, Apostolic Nuncio to Spain, leads the Filipino community in Madrid in celebrating the 500 Years of Christianity in the Philippines on April 4, 2021. PHOTOS FROM CAPELLANÍA FILIPINA MADRID

A Vatican envoy led the Filipino community in the Spanish capital of Madrid in celebrating the 500 Years of Christianity in the Philippines, hailing the migrants as the ‘best missionaries’ of the Church.

Archbishop Bernardito Auza, apostolic nuncio to Spain, said that Filipino migrants are the “fruits” of that Church born in the Philippines in 1521 through the Spanish missionaries.

As someone who has been to many countries, the nuncio recognized the valuable role played by Filipinos overseas in ensuring that the Church remains vibrant and relevant.

“You have become the best missionaries of our Church,” said Auza, who is also a Filipino.

“Almost everywhere, Filipinos are there. And the first place we look for and where we gather is the church,” he said.

The archbishop was speaking during Mass to celebrate the opening of the Jubilee Year in the Philippines on Easter Sunday, April 4.

“What a privilege to be in Spain, where it all began,” said Auza, who has been the nuncio to Spain and Andorra since January 2020.

The archbishop then used the occasion to ask the Filipinos to pray for the Church in Spain, which “has been experiencing a crisis of vocations to the priesthood and the religious life and a waning religious practice”.

Filipinos today, according to him, are the “inheritance and inheritors” of the faith the missionaries planted in the Philippines 500 years ago.

“We are commissioned to make that faith bear abundant fruit everywhere we are,” Auza said. “As an act of giving back and of gratitude, may we then be leavens of the Joy of the Gospel here in Spain.”

Also present during the Mass were 10 other priests, including Society of Divine Word Fr. Mark Angelo Ramos, who heads the Filipino Chaplaincy in Madrid.

Cardinal Carlos Osoro Sierra of Madrid has earlier thanked the Filipinos for bringing back the faith to Spain.

“We are thankful to the Filipinos who work today in our homes. Through their witnessing, they are returning back the faith we have brought to them,” he said.